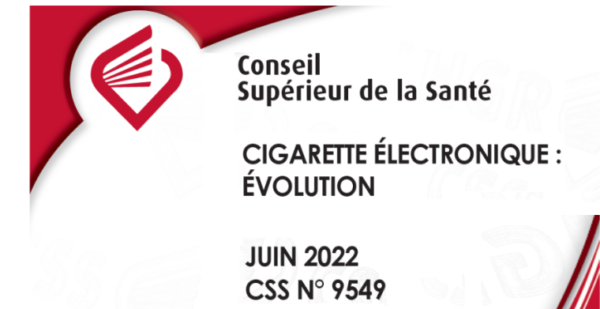 BELGIAN’S SUPERIOR HEALTH COUNCIL has delivered a comprehensive report in favour of vaping which is in stark contrast to the advice of Australia’s National Health and Medical Research Council. It supports vaping as a safer alternative to smoking or as a quitting aid which can lead to a significant reduction in health risks.

The Council prepares scientific advisory reports to guide Belgian political decision-makers and health professionals. The report took two years to prepare and was a consensus document prepared by a wide range of experts with different views.

The key message of the report is

The report recognises a special role for vulnerable populations, such as those with mental illness, low income groups and prisoners.

Based on  the current state of knowledge, the report concludes

The exclusive use of e-cigarettes by (ex-)smokers, provided that they actually stop smoking, could lead to a significant reduction in health risks

The report also states that vaping is not risk-free and is therefore not recommended for non-smokers, especially the young. Further long-term safety data are needed.

Wisely, the guidelines advise risk-proportionate regulation of vaping. Vaping is much less harmful than smoking and should be regulated much more lightly in line with the lower risk.

While restrictions on vaping are prudent it warns that "limiting vaping and other nicotine use does not jeopardize the goal of reducing the prevalence of smoking.”

Education of smokers of the benefits of vaping is recommended. As in Australia, Belgian smokers have exaggerated perceptions about the risks of vaping.

The report’s conclusions are in stark contrast to those of Australia’s peak medical organisation, the National Health and Medical Research Council. The NHMRC examined the same evidence and has taken an overly cautious and hostile position.

The agenda and independence of the NHMRC has been called into question by its own findings which do not reflect the scientific evidence.

Translated into English by Google here.