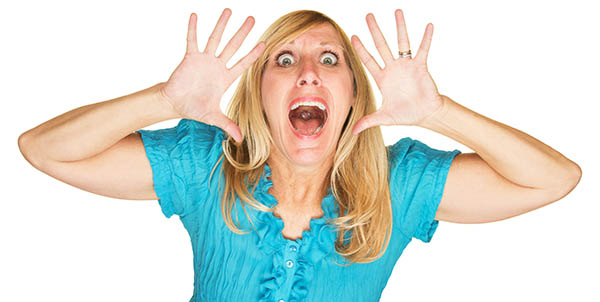 Vaping by teens – should we be alarmed?

Nine media (Sydney Morning Herald and The Age) recently published a disturbing expose of  rampant vaping by Australian teenagers. It was a horror story of addiction, nicotine poisoning, lung and brain damage.

It must have generated lots of clicks and advertising dollars. However, the article was misleading and unbalanced and only told part of the story. It was based on anecdotal reports and dubious claims of harm.

Emeritus Professor Simon Chapman said his granddaughter told him she knows kids who are vaping ‘because you can get lemonade' flavour. This anecdote is presented as rock-solid evidence of a youth epidemic. However, he has repeatedly dismissed the stories of millions of former smokers who have quit with vaping as ‘just anecdotes’. Apparently his anecdotes are compelling evidence.

How common is youth vaping really?

Official government figures show that underage vaping is rare in Australia, and frequent vaping is very rare. Less than two per cent of Australian teenagers vaped in 2019 and more than 90% had never tried vaping. News reports suggest vaping has increased since then but we have no data to confirm that, just 'anecdotal' reports.

What the article didn't say is that almost all young people who vape regularly are already smokers before they tried vaping.

They also forgot to mention that most vaping is infrequent and short-term and one in three young vapers do it only once or twice.

Furthermore, vaping probably diverts some would-be smokers from going on to smoking (as explained below). Vaping is not harmless but it is very much the lesser of two evils.

"all the school kids have nicotine addictions"

Really? The evidence tells a different story. Nicotine dependence is rare in young non-smokers who experiment with vaping. Studies have consistently shown that vaping is significantly less addictive than smoking.

One woman in her twenties reported vaping to quit smoking, but ‘my nicotine addiction is worse than ever.’ This is very unusual but she is far better off vaping than continuing to smoke.

Former smokers who vape have simply transferred their nicotine dependence to a much safer alternative. This can only be a good thing.

Professor Peters, “kids are turning up to school sickbay vomiting from nicotine poisoning”

Really? What Professor Peters means is that some kids vaped too much, vomited and then recovered fully. This is unpleasant but harmless and may stop them from experimenting again.

Professor Peters plays the fake brain-damage-card to demonise vaping further. He forgot to mention that this has only been shown to occur in adolescent rodents in laboratory tests. These tests often use unrealistic nicotine doses in artificial settings and rodents are more sensitive to nicotine than humans. There is no evidence so far that nicotine harms the human brain in adolescence.

Is vaping harmful to adolescents?

Kids should not vape, smoke, binge drink, use illicit drugs or have unsafe sex, but we all know that some will take these risks, no matter what adults tell them.

Vaping is not risk-free (nothing is!). It exposes adolescents to low levels of some toxic chemicals and there is some evidence that it may worsen asthma and cause cough and cause lung irritation in non-smokers. There is a low risk of becoming dependent on nicotine.

However, significant harms are unlikely, even if use continues for some years.

Nearly all lasting harmful effects from smoking can be avoided by quitting before the age of thirty-five years. As vaping is far less risky than smoking, any permanent harm is likely to be delayed even longer and would be much less. There may be long-term harms we don't know about yet but they are almost certain to be much less than smoking.

Does vaping lead to smoking?

One of the favourite myths about vaping is that it causes teens to take up smoking. However, just because vaping precedes smoking for some teens does not mean that vaping caused the subsequent smoking (the 'gateway theory').

The most likely explanation for why vaping and smoking go together is that young people who experiment with vaping are more prone to taking risks generally. This is known as having a ‘common liability’ for risk taking.

According to the New Zealand Ministry of Health,

‘Some people worry that vaping might be a ‘gateway’ to smoking for young people, but there is no clear evidence for this. Smoking among young people is continuing to decline and most young people who vape are smokers or ex-smokers.’

It is quite possible that vaping may lead some young non-smokers to experiment with smoking and an even smaller number may go on to become regular smokers. However, the overall effect is likely to be very small indeed.

The overall evidence suggests that vaping is diverting young people away from smoking and reduces the risk of an adolescent becoming a smoker.

Increasingly, studies are finding that some young people who would have smoked are taking up vaping instead, and not turning to smoking. This helps to explain why youth smoking declined so rapidly in the United States and United Kingdom after vaping became popular.

Despite all the hysteria about youth vaping, it may well lead to improved public health. It causes little harm to young people and appears to be reducing the uptake of smoking, Australia’s biggest preventable killer.

If Professors Chapman and Peters are so concerned about youth vaping, it would be more helpful to campaign to enforce the current laws which ban their sale. This carefully orchestrated panic about youth vaping is becoming tiresome.