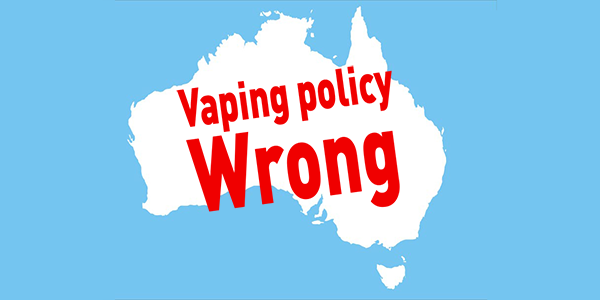 An important new study published today has found that Australia’s harsh regulatory policy on vaping has SLOWED the decline in smoking compared to other similar countries with less restrictive policies.

The study examined smoking rates and cigarette consumption in 6 jurisdictions with different regulatory environments for vaping. Australia has the harshest restrictions on vaping and the lowest vaping rates. 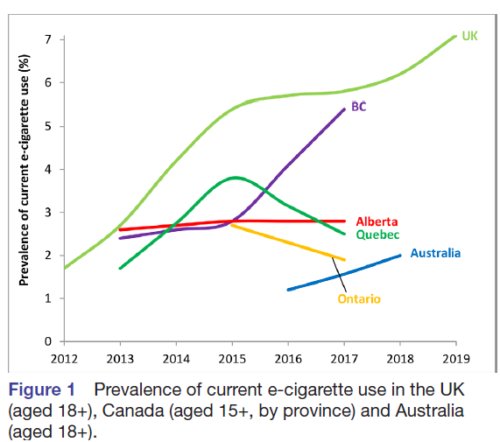 Across the countries examined, regulation of cigarette smoking is fairly similar, with generally high excise taxes on cigarettes; restrictions on tobacco advertising, sales and promotion; and use of prominent health warning labels on cigarette packaging.

The study found that in Canada and the UK, smoking consumption and smoking rates in young adults declined faster after vaping became available.

However in Australia, the decline in cigarette consumption by adult smokers has slowed and the decline in smoking rates in young adults has also slowed after vaping became available

Australia has the harshest vaping regulations in the western world based on misguided concerns that vaping could lead young people who would otherwise not take up smoking to smoke. However this is perversely preventing adults from accessing a life-saving alternative and leading to more smoking-related deaths and illnesses.

Vaping is a substitute for adult smoking. Where vaping is less strictly regulated and readily accessible, smokers can switch to the much safer alternative more easily.

The study adjusted for changes in cigarette taxes to eliminate any effect from tax rises on cigarette consumption and smoking rates.

The message is clear to Australian authorities. The current restrictive policies are perversely preventing adult smokers from quitting deadly smoking, and are leading to more death and disease. They need to be changed now.