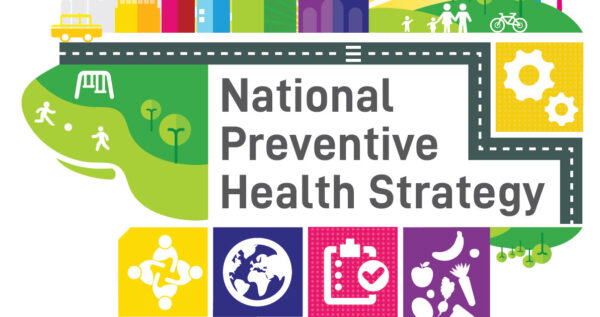 The Strategy identifies tobacco smoking as the leading cause of preventable death and disease in Australia but offers little to help Australian smokers quit, doubles down on discouraging vaping, the most effective quitting aid, and aims for a small reduction in smoking rates.

This same target is now being recycled 9 years later without any mention of the failure to achieve the earlier target and without any significant new strategies.

This is too slow when 21,000 Australians are dying prematurely of smoking-related disease every year.

In comparison, New Zealand has set a goal of <5% adult daily smoking by 2025 for all population groups and is introducing innovative strategies to achieve this (see below) 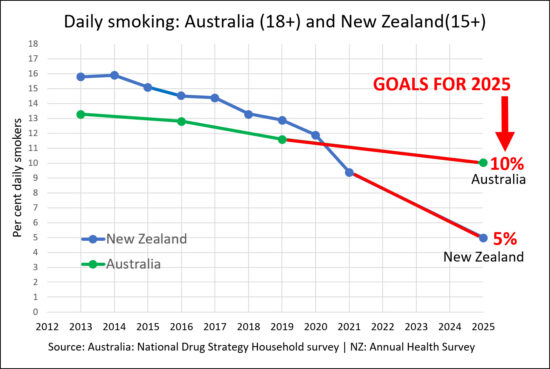 The government is also failing Indigenous people who smoke at over three times the rate of the general population, setting a modest goal of reducing the daily smoking rate by Indigenous people to 27% or less by 2030.

In stark contrast, New Zealand recently set an adult daily smoking target of <5% by 2025 for Maori, Pacific and deprived people

Smoking is the leading cause of health inequalities. The National Preventive Health Strategy talks about health equity but does little to deliver any change.

Meanwhile, across the Tasman

This week, New Zealand launched its bold Smokefree 2025 Action Plan and the comparison with Australia could not be more stark.

The NZ Action Plan includes a range of innovative strategies to rapidly reduce smoking rates. These include reducing nicotine in cigarettes, promoting the use of vaping nicotine as a safer alternative, increasing smoking cessation services, a dramatic reduction in the number of tobacco retail outlets and a ‘smoke-free generation’ to prevent young people taking up smoking.

Vaping is a major component of  the New Zealand plan. Since New Zealand passed legislation last year to make vaping more freely available and the government has encouraged its use, there has been an unprecedented decline in smoking according to the New Zealand Health Survey 2021. In the last 12 months, the daily smoking rate has fallen by 20% and is now 9.4%.

In other western countries such as the UK, the United States and New Zealand, vaping has contributed to an accelerated decline in smoking with little evidence of harm to young people.

In spite of this, the Preventive Health Strategy proposes 'stronger regulation, monitoring and enforcement for novel and emerging products including e-cigarettes.'

As Jacinda Ardern said reccently, doing more of the same thing is no longer working. We need new strategies. She said ‘We know that vaping is making a difference for those now in order to stop smoking so it is an important tool.’ Australian authorities do not agree.

Hundreds of thousands of premature deaths from smoking could be prevented if the Australian government followed the New Zealand lead and showed a real commitment to our largest public health problem.