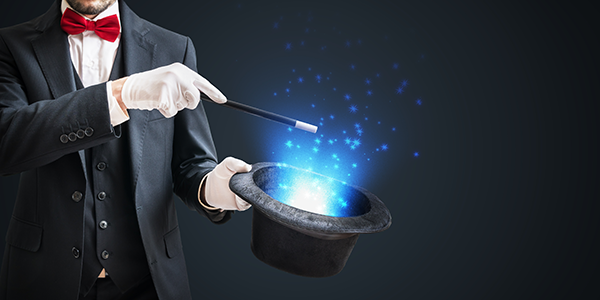 NSW Health spins its own data on smoking and vaping

Smoking rates are falling faster than any time in the last 15 years in young people (16-24 years) in NSW as vaping rates start to rise. Yet, this massive benefit to public health is denounced as a worrying trend for young people by NSW Health.

Current smoking rates (smoking in the last 30 days) fell by 25% from 2019 to 2021 and current vaping rates doubled. This is great news. Smoking kills 8 million people each year. No one has ever died from nicotine vaping. We should be celebrating. 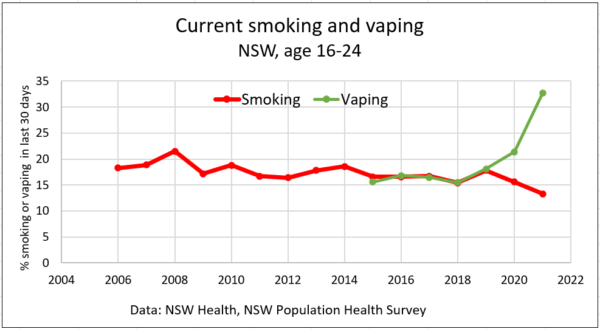 As we are seeing in New Zealand, the UK and US, the increase in vaping is leading young people away from deadly smoking. The decline in smoking has also accelerated in those countries since vaping became widely available.

Furthermore, most young people who vape have smoked first. Most vaping is experimental and short-term and regular vaping is rare in non-smokers. That is not to condone youth vaping. Young people should not smoke or vape, but they will do it any way. It is worse if they smoke than if they vape.

The gateway theory has been debunked. Rather than being a gateway into smoking, the evidence is increasingly suggesting that vaping is diverting more teens and young adults away from smoking than leading them into it.

A recent large study in England using national data from 2007-2018 found "no association between increases in e-cigarette use and cigarette smoking in youth and young adults aged 16–24 years.

If the gateway effect was real, we would expect to see smoking rates rise not fall. In fact we are seeing the opposite effect, a more rapid decline in smoking as vaping uptake increases.

If all else fails, spread the fear of 'chemicals'

Dr Chant informed the public that “Vapes can contain many harmful chemicals and toxins, even if they are nicotine free”.

This statement is scary but has little meaning without any information about dose. Most of the chemicals in the e-liquids are at low or very low levels and have little relevance to human health. Low doses of chemicals are everywhere in the environment, including arsenic in tap water and acrylamide in coffee. These cause little harm.

Most importantly, any risk should be compared with the risk from smoking. As frequent vaping is largely confined to smokers, minor harm from vaping is justified if it allows switching from the far more harmful behaviour of smoking.

Disingenuous comments from the Cancer Council

The Cancer Council cynically pointed out that few older smokers are taking up vaping. According to Cancer Council's Anita Dessaix

“E-cigarettes were being positioned as a way for people who were already smoking to quit, but there hasn’t been a great increase in uptake among the middle-aged”

I wonder why? Could it have something to do with the harsh restrictions vaping in Australia and the negative messages spread by organisations like the Cancer Council? Many older people still trust Cancer Council advice and are not willing to access illegal but readily accessible products. It is easier to buy cigarettes than vaping products.

A recent study in the British Medical Journal found that countries which allow and support access to vaping have seen a faster decline in smoking rates.

Imagine how much more quickly smoking rates would fall in NSW and Australia if health authorities and the Cancer Council supported and encouraged vaping nicotine as a quitting aid for adult smokers.

What NSW Health needs to do

Most young people are using illegal, unregulated vaping products from the black market which sells freely to children. Adults are less willing to use these dodgy products.

The solution is simple. The NSW Government could remove nicotine from its Poisons List and make it legally available as a consumer product.

Safe, regulated vapes could then be sold by licensed retail outlets, such as vape shops and pharmacies where strict age verification is mandatory at the time of purchase, as for sales of cigarettes and alcohol.

Bans on sales to under-18s should be strictly enforced, with heavy fines and loss of licence for repeat offenders.

The black market would diminish and high quality, regulated products would be available as a safer substitute for adult smokers.

It's not that hard! Just take a quick look across the Tasman.