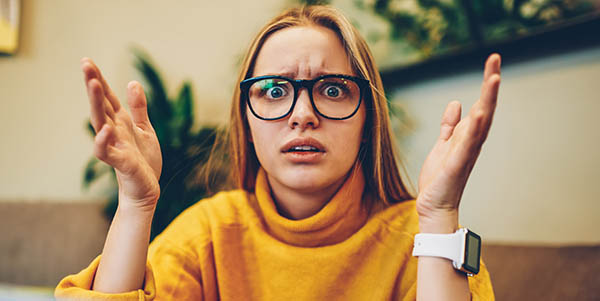 October 1 crackdown will drive vapers back to smoking

Every year, 21,000 Australians die prematurely from smoking cigarettes. That is more deaths than from alcohol, plus prescription drugs, plus illicit drugs, plus road crash deaths, plus HIV, plus suicide. Governments have moral and health obligations to reduce smoking-related deaths by adopting policies that minimise the harm caused by the inhalation of tobacco smoke.

Vaping provides nicotine without the toxic products of combustion and is far less harmful than smoking. Policies that support vaping could help to reduce the huge toll from smoking-related disease. More than 2.5 million Australians still smoke. The National Drug Strategy Household Survey estimated that the number of Australians vaping was 240,000 in 2016 and 520,000 in 2019. If the number of Australians vaping is still increasing, as many as 600,000 may be vaping now.

Currently Australians can import nicotine liquid for vaping from overseas or purchase it from a small number of participating pharmacies, provided they have a valid doctor’s prescription. From October 1, importation of nicotine liquid will be closely monitored by the Australian Border Force.

Consumers who fail to include a nicotine prescription with their order will be subject to a fine of up to $222,000. The new system will work if enough doctors, pharmacists, smokers and vapers are willing to comply and are provided with sufficient information. On present indications very few are interested in complying and most are poorly informed. Little effort has been made to disseminate information about the new arrangements.

At present, only a very small number of people vaping have a prescription as is required. Most nicotine supplies are imported without a prescription or purchased from the black market. If compliance with the new arrangements is poor, then some will return to smoking while others will purchase supplies from the black market. Neither are good outcomes.

The crux of the problem is that in Australia, nicotine for vaping is treated as a medicine regulated by the Therapeutic Goods Administration, or TGA. The TGA includes nicotine liquid for vaping in the Poisons Standard while explicitly excluding cigarettes. The net effect is that a much less dangerous way of consuming nicotine is highly restricted while cigarettes, responsible for the deaths of up to two of every three long-term smokers, are readily available from 20,000 outlets.

When health minister Greg Hunt first announced these new arrangements in June 2020, 28 government backbenchers (representing 40 per cent of all government backbenchers) signed a letter expressing their strong opposition. With an approaching byelection, the Prime Minister directed his health minister to delay implementation. A second attempt to introduce these arrangements also did not proceed. This is now the third attempt.

Many former smokers who were able to quit only after switching to vaping feel anxious and angry about the new arrangements. With at least 3,500 vapers in each lower house electorate, some seats may be decided on the votes of these angry vapers for whom this may be the single most important issue.

Although COVID-19 understandably dominates health policy at present, it will one day be contained. The need to accelerate the slowing decline in Australia’s smoking rates will once again become a priority. The decline in smoking rates in the UK and US has been two to three times faster than in Australia since 2013 when vaping became popular in those countries, despite Australia’s harsh tobacco control regulations, high cigarette prices and plain packaging. If the new rules for nicotine liquid in Australia fail, as seems likely, then a different approach should be adopted.

Australia should make it easy for smokers to switch to vaping nicotine and adopt risk-proportionate regulations to minimise adverse effects. Nicotine liquid should be an adult-only consumer product, as it is in all other Western democracies. In August 2020 in New Zealand, the Labour, New Zealand First, Nationals and Green parties all voted for legislation to legalise vaping nicotine as a consumer product. It’s time to accelerate the decline in our smoking rates. Overseas experience shows that vaping can play a valuable role complementing tobacco control policies.