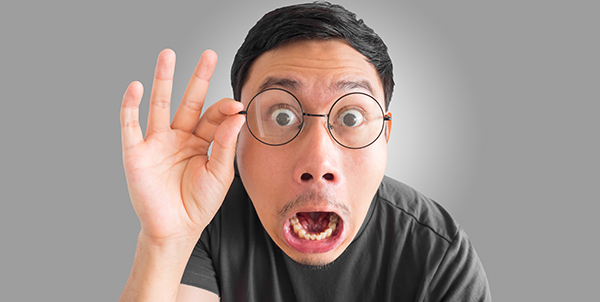 A recent study in the Medical Journal of Australia (MJA) detected chemicals in nicotine-free vaping liquids purchased in Australia. An interview with the author on the ABC and a podcast were alarmist, referring to ‘dangerously high’ levels and potential risks to health. But how harmful are these chemicals really and should vapers start panicking? Short answer: no.

Dr Alex Wodak and I wrote a letter to the MJA asking three questions to help assess the true risk and put it in perspective:

1. What is the dose of the chemicals?

The study simply identified chemicals in the e-liquids without any indication of the dose inhaled by the user.

“Simply detecting the presence of a chemical with a potential risk has little meaning. The risk to human health depends on the level of exposure, under a fundamental principle of toxicology that “the dose makes the poison”. Apart from flavouring chemicals, most of the chemicals in the e-liquids were at low or very low levels. Low doses of chemicals are ubiquitous in the environment, including arsenic in tap water and acrylamide in coffee. These cause little harm.”

Furthermore, we wrote, “predicting the risk to health should be based on the analysis of vapour rather than e-liquid. This is a far more useful guide to the exposure of chemicals to the user.”

The authors raised alarm about negligible levels of nicotine which were found in several samples. These were almost certainly due to contamination and are of no importance to the user.

“Nicotine was found at trace levels in six out of 65 samples. The authors imply that this has “implications for health and addiction”. However, nicotine was detected at a dose of 0.29 mg/L, which is around 1000 times lower than the lowest concentration of nicotine (3 mg/mL) in commercial e-liquids and is not of any biological or clinical significance.”

2. Is the chemical harmful at that dose?

The authors stated that "the high frequency of detection and the high concentrations of these chemicals have concerning health implications".

However, to know if a chemical is a risk to the user we need to know if the dose exceeds the known minimum safety limit for that chemical. This information was not provided.

“To properly assess risk, the dose should be referenced to some standard, such as an established occupational or environmental exposure standard. No such comparison was made; therefore, no conclusions should be drawn.”

3. How does the risk compare to smoking?

To be meaningful, the risk from vaping should always be compared to the behaviour it replaces, tobacco smoking (‘relative risk’).

“Most importantly, any risk should be compared with the risk from smoking. As frequent vaping is largely confined to smokers, minor harm from vaping is justified if it allows switching from the far more harmful behaviour of smoking.

A Public Health England review found that most toxins responsible for health damage from smoking are absent in vapour and those that are present are at much lower levels (below 5% and mostly below 1%) than in tobacco smoke.”

Pro-vaping advocates are aggressively criticised for real or imagined conflicts of interest, especially when not fully declared. The authors acknowledged their funding organisations, but did not disclose that three of them have strong anti-vaping views and actively advocate against vaping.

“It is disappointing that the authors declare no relevant disclosures when three of the four funding organisations have strong, established anti-vaping positions (the Minderoo Foundation, Lung Foundation Australia, Cancer Council Western Australia). This should have been declared in the competing interests statement.”

We are not suggesting that the funders influenced the results of the study, but their opposition to vaping was not made clear. The authors replied in a follow up letter, “The funders played no role in study design, execution, data analysis or interpretation.”

In another letter to the MJA, other Australian experts also questioned the accuracy and validity of the study methods and results.