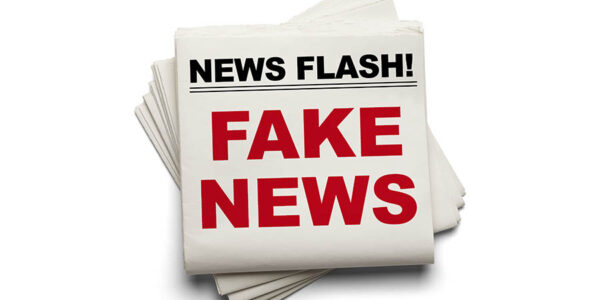 A group of Australia’s most respected public health organisations (including Quit, Heart Foundation, Lung Foundation Australia and Public Health Association Australia) recently published a Position Statement on vaping. This document is alarmist and misleading and selectively quotes the evidence. It exaggerates the risks of vaping and uses studies known to be flawed to argue its case.

This misinformation has a real risk of deterring smokers from vaping and perversely may increase smoking deaths. Australians deserve better from leading public health bodies.

The fundamental flaw of this Position Statement is that it completely ignores the main benefit of vaping nicotine, which is to reduce the harm in adult smokers who are very often unable to quit with other methods.

Regular vaping is almost exclusively confined to current or former smokers. Fewer than 0.3% of Australians who had never smoked were vaping weekly or more often in 2019.

Any harms from vaping should be compared to the alternative, continuing to smoke. Vaping is not risk-free but there is widespread scientific agreement that vaping is far safer than smoking and adult smokers who switch have substantial health improvements. The Position Statement misses this crucial point completely.

Outlining the small and potential risks from vaping is meaningless unless balanced against the substantial harms from smoking.

This critique outlines some of the other more egregious errors in this document.

Incredibly, the Position Statement claims that there is a ‘lack of evidence for … efficacy [effectiveness]’ when there are abundant scientific data to show that vaping works for many people.

Randomised controlled trials have found that vaping is 50-100% more effective than nicotine replacement therapy (eg here and here). Real world observational studies and studies in large populations also show that vaping is an effective quitting aid. Smoking rates are declining much faster in the UK and US where vaping is encouraged compared to Australia and vaping is a major contributor to this rapid decline.

Just as important is that vaping is the most popular aid for quitting or reducing smoking in Australia and in other western countries. In Australia in 2019, 22% of smokers used vaping to quit, compared to 17% for nicotine patches and gum, 6% for stop-smoking tablets and 1.8% for Quitline. There are now an estimated 68 million people vaping globally. Nearly fifteen thousand of the personal stories of former smokers who have quit with vaping are listed here.

The combination of effectiveness and widespread use of vaping means it has the potential to impact smoking rates more than any other intervention.

The document raised concerns about a number of health issues:

A small number of seizures have been reported in people who vape, but there is no evidence that vaping was the cause. Even cigarette smoking does not cause seizures and leading experts have denied any increased risk from vaping.

A small study found that nicotine temporarily increases the stiffness of arterial walls, an effect associated with heart disease. Leading researcher Professor Peter Hajek explained that ‘the same effect is generated by watching a thriller or a football match or sitting an exam. Drinking a cup of coffee actually produces a larger response of much longer duration.’ There is no evidence that this leads to any serious harm.’

Vaping can “potentially increase the risk of developing cardiovascular disease”

There is no evidence that vaping causes heart disease. In fact, a flawed study by Professor Glantz making this claim was retracted by the Journal of the American Heart Association. Recent studies suggest that the risk of heart disease is reduced when smokers switch to vaping.

The Position Statement correctly states that vaping can increase the pulse and blood pressure temporarily. However there is no evidence that this causes harm. In fact, smokers with high blood pressure who switch to vaping have been shown to have reduced blood pressure (here and here).

Leading researcher Professor Neal Benowitz reviewed the evidence and concluded ‘If e-cigarettes can be substituted completely for conventional cigarettes, the harms from smoking would be substantially reduced and there would likely be a substantial net benefit for cardiovascular health.’

Globally, there have been only four deaths of children from accidental nicotine poisoning in the last 15 years. These are four deaths too many but should be compared to over 100 million people who have died from smoking-related disease during this time. The recent and long-overdue introduction of child-resistant containers will reduce the risk further.

Lithium-ion batteries in all devices including mobile phones can malfunction. Almost all vaping-related cases are due to removable batteries being carried in pockets and purses where they come into contact with metal coins or keys, causing a short circuit. The risk of injures of this type are extremely rare and are much less frequent than fires from smoking. Most malfunctions can be prevented with sensible battery care, such as using plastic battery cases.

‘Vaping has been shown to increase the risk of adolescents initiating smoking.'

Teens who try vaping are more likely to later try smoking later than those who do not try vaping (an association). However, just because vaping precedes smoking for some teens does not mean that vaping caused the subsequent smoking and this ‘gateway theory’ is not supported by the evidence.

Most vaping by Australian adolescents is experimental and infrequent and most who try vaping are already cigarette smokers.

The growing evidence suggests that, even if vaping causes some young people to try smoking, the overall effect is that vaping is diverting more adolescents away from smoking than towards it.

4 Selective use of the evidence

This claim is made without any reference or evidence. In contrast, adult smokers who switch to vaping show improvements in lung symptoms,  breathing, asthma and COPD (emphysema) and report fewer respiratory infections.

Some studies have found that vaping by non-smokers may worsen asthma, bronchitis and cough. Potentially harmful effects of vaping have been found in cells in laboratory and animal studies, however, it is unclear if these findings also apply to humans.

A widely quoted study reported that vaping caused lung disease. However, re-evaluation of this study confirmed that any lung harm found was caused by prior smoking and there was no evidence of harm to the lungs from vaping itself.

The Position Statement claims that vaping increases the risk of relapsing to smoking by former smokers who vape. However the study quoted does not claim that vaping caused the smoking. Relapse to smoking is common after quitting and is not caused by the quitting method.

To the contrary, there are other studies showing that vaping helps to prevent relapse and this is the view of the UK Royal College of Physicians and Canadian guidelines.

5 The use of flawed evidence

Dual use (vaping and smoking) is a common stage among smokers as they transition to quitting, just as declining heroin use is common after methadone has commenced. The Position Statement claims that dual use ‘appears to have increased risks of harm to the lung and heart compared to smoking alone’ based on two discredited references from Professor Stan Glantz (here and here). Further review of these studies indicates that any harm to lungs or the heart was almost certainly caused by prior smoking before the users began vaping.

Numerous other studies have found that dual users who reduce their cigarette intake have significant reductions in toxin exposure and biomarkers (toxins in the body) (eg here and here).

Regular nicotine vaping is almost exclusively used by former smokers and other smokers trying to quit. The overall scientific evidence is very clear that vaping nicotine is far safer than smoking and could play a valuable role in replacing tobacco and reducing the death and suffering in smokers who are unable to quit with other methods.

This deeply flawed Position Statement risks reputational damage to the organisations which have supported it, damage to public health in Australia and if heeded, will further slow the decline in smoking rates in Australia.